Director: Nate Jean-Baptiste- Nate is Head of Player Development for High Rise Basketball Academy. He has trained players ranging from K-College during his time in Fairfield County. He has also coached High Rise Elite 17u, 14u, 13u, and other local travel and AAU teams. A native of the Far Rockaway section of Queens, NY, Nate played college basketball at Concordia College, graduating with a degree in business management in 2007. While at Concordia, Nate led his team to their first semi-finals appearance in school history while leading the league in 3-point field goal percentage. Following graduation, Nate went on to a fruitful professional career in Europe, playing for teams in Germany and France. While playing, Nate took his team to a league championship, won Top Playmaker twice, won Defensive Player of the Year, and also won Best Newcomer. Coach Nate is highly passionate about the game that gave him so much, looking to help young players reach their potential on the court as well as become young adults off the court. 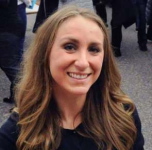